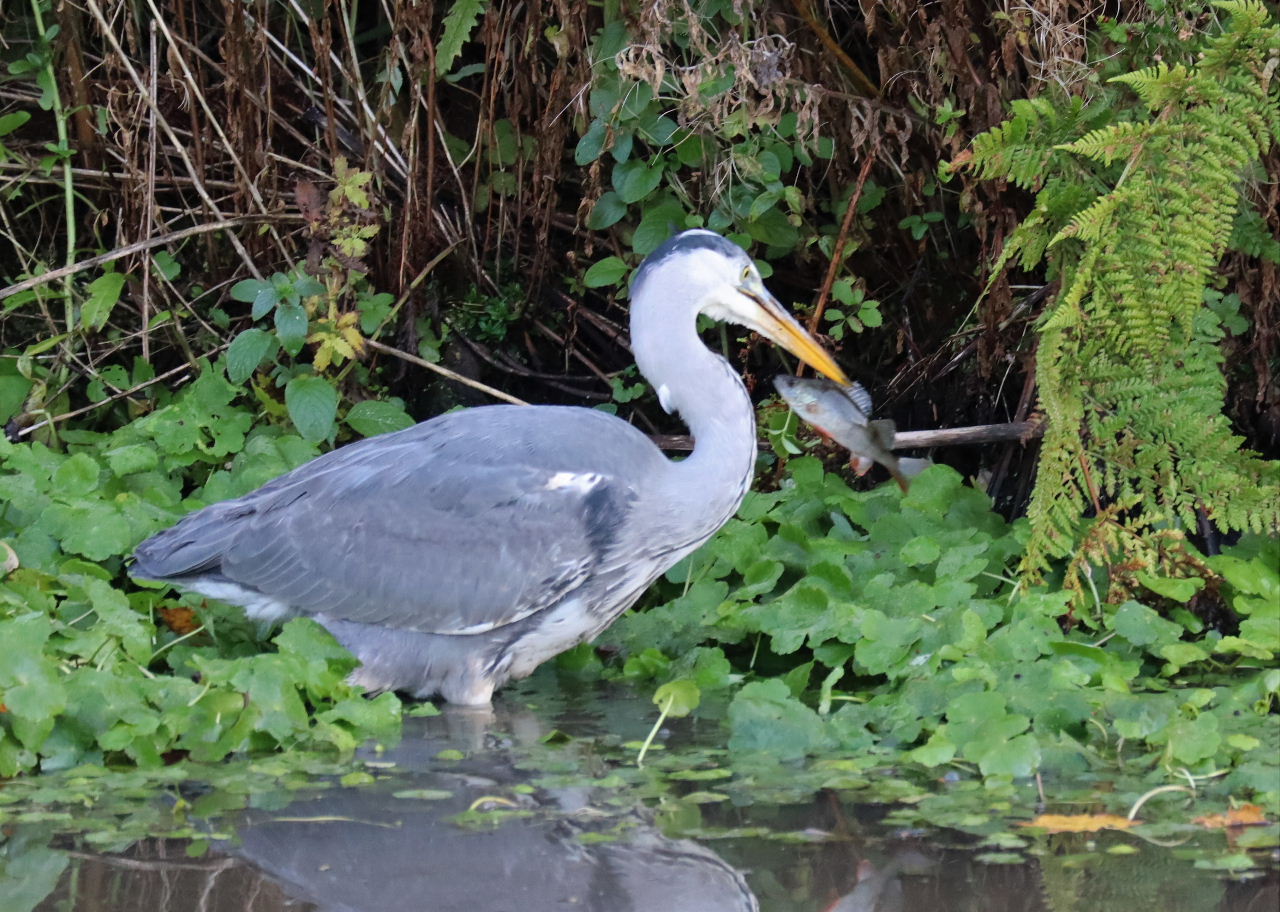 Doing what herons do

I posted here about the herons that I often see on my walks along the Peak Forest canal.  There are two or three regulars and they can be seen flying along the canal, standing observing, or, as you can see in the pics below, fishing.

Although I regularly see the herons on the canal, up until recently I hadn’t had the pleasure of seeing them fishing. That all changed in September/October when almost every day I watched the heron catching fish after fish.  It’s remarkable how much they can eat, and even more remarkable that there doesn’t seem to be a limit on the size of the fish they can swallow.

I could stand for hours watching the heron fish.  He stands motionless in the water, usually the shallow part, occasionally moving his head or feet slightly, then when he sees a fish out goes his long neck and his head hit’s the water.  Once the fish is caught he spends some time positioning it in his beak until he can manoeuvre it fully into his mouth, then he stretches his neck, his head goes back and the fish goes down his throat, and it’s all done in a matter of seconds.  If I manage to get a decent picture of it it’s an added bonus.

My husband also posted about the herons here

The fat of a heron killed at the full moon was once believed to be a cure for rheumatism.

Clicking on any of the pictures below will open a scrollable gallery.