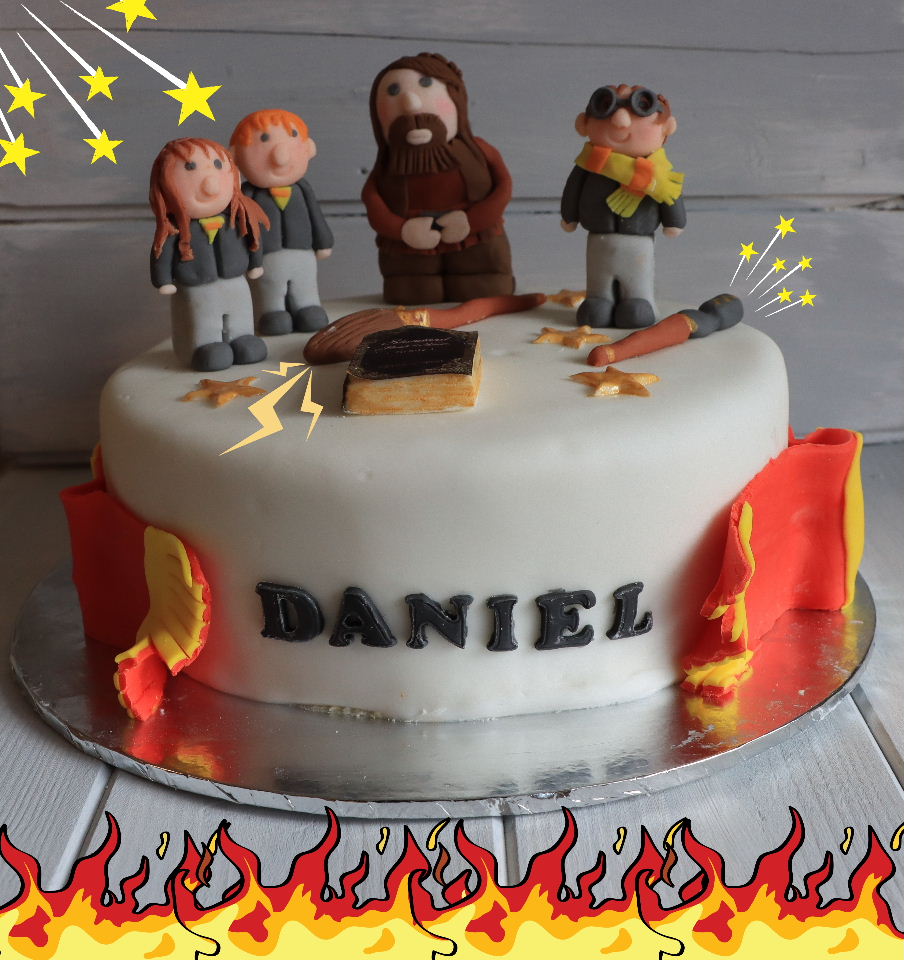 Over the past few years I have been tasked with making birthday cakes for my grandchildren.  My grandson Daniel was eight at the weekend and a couple of weeks ago I asked him what theme he would like for his birthday cake.  It was no surprise when he chose Harry Potter.  Over the past few months he has read all the books and has really enjoyed them.  I have to admit the Harry Potter phenomenon has passed me by and I don’t really know much about him other than there are quite a few books and films.

I like to give myself plenty of time to decide what I’m going to make so with a couple of weeks to go before I had to start on the cake I Googled Harry Potter and saved some of the pictures to my iPad photo gallery.  This gave me some idea of what characters I wanted to make.

I have quite a good range of fondant gels and cake making equipment but I always check to make sure I have everything I need before I start to make my cake decorations, I don’t want to have to stop part way through to shop for something I’ve forgotten.  Then I make a list and go shopping.

Five days before Daniels birthday I was ready to start.  I got my iPad out with a picture of Harry Potter on the screen.  Then I checked what colours I needed and mixed them into the fondant.  I made Harry, Hermione, and Ron first, followed by Hagrid.  I also made a broomstick and a magic wand.   Of course no Harry Potter cake would be complete without a book of spells.

With two days to go to Daniels birthday it was time to bake the cake.   I always use my tried and tested vanilla sponge recipe for a dense sponge, usually with a vanilla buttercream and fondant topping and a raspberry jam and buttercream filling.  I use a dense sponge as it holds the weight of the buttercream and fondant.   For this cake I used the same recipe for the sponge but used lemon instead of vanilla and lemon curd instead of the raspberry jam.

One day to go

Time to cover the cake.  I made the lemon buttercream then split the cake in half and put buttercream on one side and lemon curd on the other before putting the two halves back together.  Then I covered the cake in buttercream and put it in the fridge to set for half an hour before covering it in fondant.  Next I put Harry, Hermione and Ron on the cake using a cocktail stick,

part in the figure and part in the cake to keep them secure.  Hagrid, the magic wand, broomstick and the spell book when then added.  Finally I made a scarf and placed that around the cake.

I think it’s fair to say it turned out pretty decent and Daniel was delighted with it.