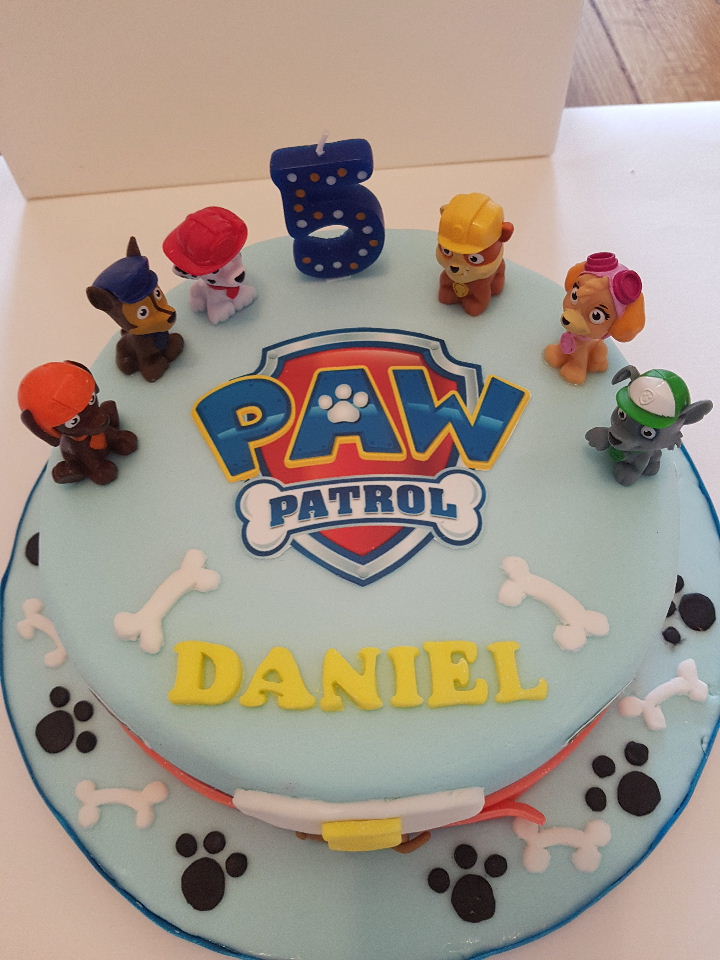 Having Grandchildren has brought me many sleepless nights trying to think through just how I will produce a cake that a few years ago would have been well beyond me.  My eldest Grandsons request for a Paw Patrol cake for his 5th birthday and a Lego cake for his 6th birthday are examples that spring to mind. I really did wonder how on earth I would be able to make something that was a decent representation of what he was asking for and that would also meet the exacting standards of a five and then six year old boy.

I’m sure everybody will be pretty familiar with Lego building blocks and building sets but perhaps less so with the Paw Patrol television series. If you don’t know about the Paw Patrol characters you can find out more at this link.  Basically it’s a Canadian CGI animated television series that started in 2013, is still running and was immensely popular for a time with my Grandchildren.

For some reason I don’t have many pictures of either of the cakes I made. The pictures in the gallery below are enough to illustrate the cakes and to perhaps give you ideas and inspiration if you are going to have a go at making one of these cakes.

Clicking on any picture will open a scrollable gallery.